Before I tell you about the soon to be released WordPress version 5.0 called ‘Gutenberg’ let me briefly cover what version numbers mean.

WordPress’s current version (as I’m writing this) is 4.9.1. Those three numbers have significant meaning in regards to updates.

Changing from version 3.x.x to 4.0 denoted a major change to the core of WordPress. Lots of new features were added and existing things were improved. Additional languages became available and the Media Library’s layout went through a major overhaul. There were significant improvements to the post editor. In short, when the first number changes it denotes a major update to the core of WordPress. When the core version changes users have to implement the updates themselves giving them the opportunity to backup the website before updating.

The second number (4.9.1) denotes minor changes. The core remains pretty much the same but some new features may get added or existing stuff gets improved. Custom HTML, Image and Video widgets and the option to add images and formatting to Text widgets were added in version 4.9. You can read about the changes in version 4.9 here. Depending on your hosting company these updates may (or may not) be automatic.

So what’s new in WordPress 5.0 ‘Gutenberg’

As you now know changing from version 4.x.x to 5.0 denotes a major change to the core of WordPress.

And these changes really are big!

The document editor is changing completely. WordPress is embracing the best design options of page builder systems, themes and plugins within the core of WordPress itself. It’s the biggest change to WordPress in 12 years.

Your content creation will be comprised of blocks. Each paragraph, heading and subheading, bullet list, image, video etc. will be a block. Each block can be designed separately and rearranged up or down within the post with a click.

To add an image just create a new image block and drag the image directly from your computer into the editor without leaving the page. The new image will be instantaneously added to your media library.

Instead of having Visual and Text tabs you’ll have Visual Editor and Code Editor. Want to add a small snippet of HTML like an Adsense or Amazon Native ad? Stay in the Visual editor and use a Custom HTML block.

Change the background color of a block of text? Or the text size or color for an entire paragraph? Easy peasy!

One click to align the paragraph left, center or right.

Got something like an author’s bio you want to add to new posts again and again? Save the entire block for future use.

And there’s lots more to come as WordPress 5.0’s new features are designed and developed.

When will WordPress 5.0 ‘Gutenberg’ be released?

WordPress 5.0 is expected to be released in 2018. Perhaps as early as April. The date has not been set in stone as the developers want to make sure that such an important release is ready for public consumption. For the first time, a WordPress version will be released according to when it’s ready not when a timetable dictates.

There’s still a lot of work to be done so I’ll be writing more as WordPress 5.0 is developed.

If you’d like to take WordPress 5.0 ‘Gutenberg’ for a test drive on a test website install the Gutenberg plugin. As it’s very much in the testing stages it’s not recommended to install the plugin on a ‘live’ website.

Please scroll down for comments. 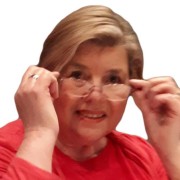 Marion is the founder and owner of Marion Black Online. When she's not creating "How to" videos, she enjoys spending time with her family, shopping, and binge-watching an entire TV series in one day.

Step by step video training to launch your own online business

Please log in again. The login page will open in a new tab. After logging in you can close it and return to this page.